Where England and Scandinavia meet

6,000 years ago there was Doggerland, a landmass that linked Great Britain to the continent. It was inhabited right up until Neolithic times. Then as the ice melted, sea levels rose and Doggerland was submerged beneath the North Sea.

Today, research and archeological excavations are providing exciting new insights both into the past and the future consequences of climate change.

Since the beginning of history, the sea has divided us but also brought us to each other´s doorsteps as we crossed it in search of land, trade, adventure and plunder.

Countless ships have crisscrossed the North Sea with their holds full of everything from timber and iron ore to spirits and Victorian lace. Crew and passengers have braved wind and weather with barely a thought for the ever-present stowaway – music.

The folk trio Doggerland was founded in 2005 with the aim of investigating the many musical and cultural connections that exist between the countries around the North Sea, especially between England and Scandinavia: shanties, ballads and folk songs, tunes and dance traditions that over the years have travelled back and forth across borders and across the sea.

Singer and concertina-player Richard Burgess, originally from England but based in Norway since 1976, is a veteran of the Norwegian folk scene and renowned for his sonorous voice as well as his engaging onstage introductions.

Anders Ådin is combines his roots in the folk music of Bohuslän with an affinity for Celtic music, expressed in guitar-playing of rare delicacy as well as rhythmic drive on hurdy-gurdy.

Jenny Gustafsson is one of the foremost fiddlers of her generation, both steeped in her native traditions of West Gothland and also an adept ensemble musician.

Doggerland represent a memorable concert experience, marked by responsive musicality and infectious enthusiasm. The trio has enthused audiences at folk venues across Scandinavia and Europe. 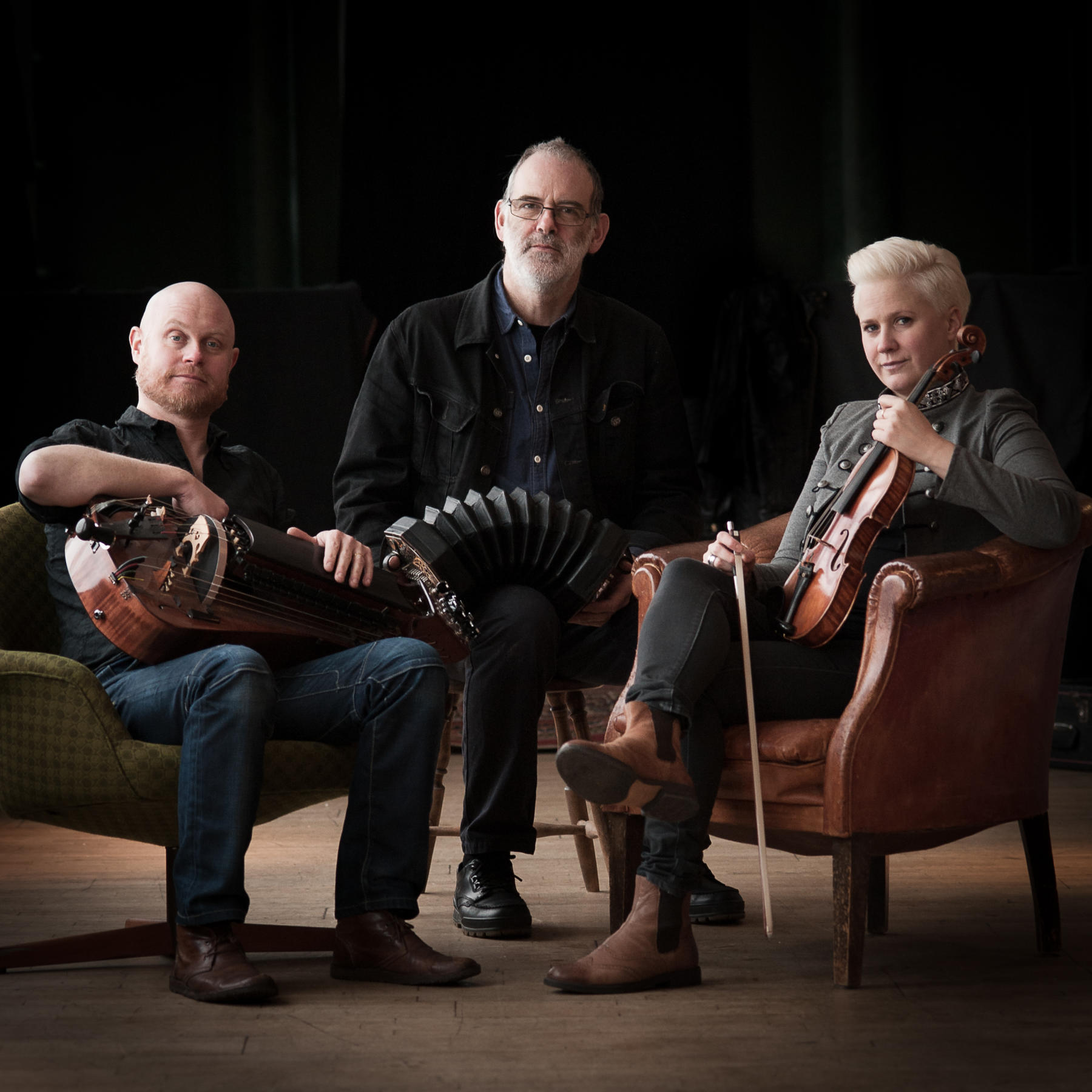